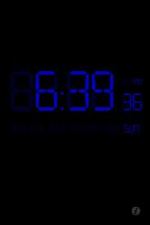 Mel awoke in a cold sweat to her alarm going off, she had the nightmare again.  She rolled herself out of bed and made her way to the bathroom for a shower, she had college and work today.  The warm water in the shower reminded her of her dreams.  Every time she had the dream it was the same.  She was in the dark and in warm water and she could not move or see anything.

She is a student at the local college.  After dressing she grabbed a quick meal of toast and orange juice and hurried out the door with her backpack.

School was the same old thing for her today.  She was just about to graduate with a double major in Chemistry and Microbiology.

It was in her biology lab class that she had the strangest feeling that there were people in the lab staring at her the whole time.  She had had this feeling before, like everyone does, but this time it was different.  There were at least three or four people this time.  Strange as it was she shrugged it off as some weird thing that just happens.  Until it happened again later that evening at her job. She worked at a local grocery store to help put her through college.  This time she was sure that it was happening.

Read the rest of the story at Brain to Pen To Page.

Ryan Golden Larsen is the author of Starved, the story of a overweight, unpopular teenager and his journey becoming a vampire. He is a graduate of Weber State University where he earned his degree in Journalism after having served in the US Navy as a aircraft handler. Ryan is working on expanding his freelance career and is available for any type of creative writing endeavor. You can find him at ryanglarsen@gmail.com.